Oppo A91 press renders leaked, spotted on GeekBench as well 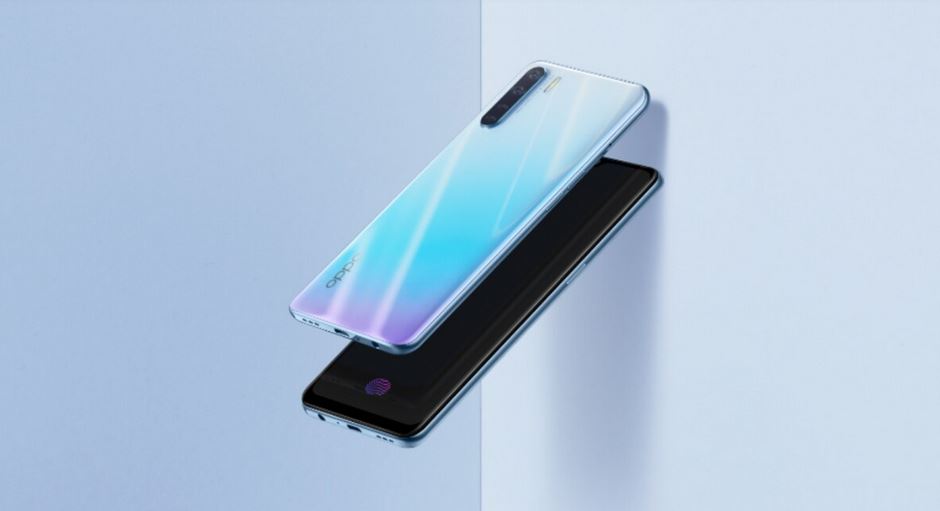 Oppo A91 will come with quad rear camera setup.

Apart from Oppo A8, Oppo is also working on another A-series smartphone which is dubbed as Oppo A91. The upcoming smartphone with model number OPPO A91 PCPM00 has now surfaced on GeekBench benchmarking website revealing its few specs. Also, a couple of press renders of the Oppo A91 have also surfaced online.

As per the GeekBench listing, Oppo A91 will be powered by a 1.99 GHz octa-core processor appears to have a MediaTek Helio P60 (MT6771V/CT) SoC. In addition to the chipset, the Geekbench listing also confirms that the smartphone will feature 8GB of RAM.

For the software, the Oppo A91 will run an older Android 9 out of the box. On the benchmark site, the phone managed to score 1479 in the single-core test and 5733 in the multi-core test. 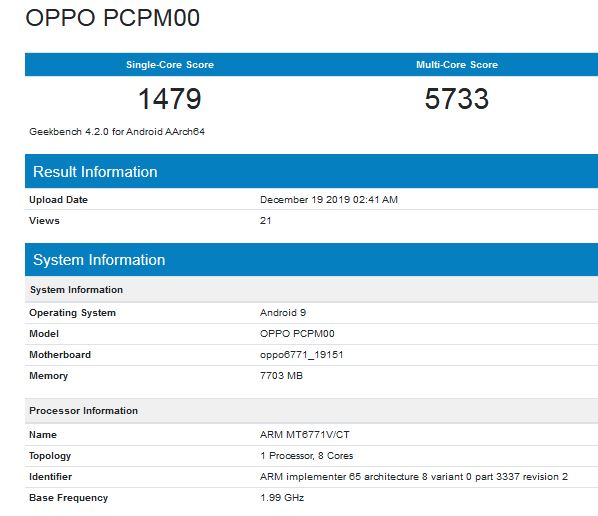 Meanwhile, the renders show that phone has the gradient back design. The bottom side of the phone seems to feature a 3.5mm audio jack, a microphone, a USB-C port and an external speaker. The power button is on the right while the volume rocker buttons are on the left side. The rear has a quad-camera setup. The screen will be embedded with an in-display fingerprint sensor.

As per an earlier TENAA listing, OPPO A91 PCPM00 will feature a 6.4-inch AMOLED full HD+ display with 1080×2340 pixels resolution and 20:9 aspect ratio. It will be come with up to 128 GB of internal storage and a microSD card slot for more storage. The phone will be backed up by 4,025mAh battery.