Nothing Ear 1 launch set for July 27

Nothing tech has finally announced that it will be launching its first product, Nothing Ear 1, on July 27th at 6:30pm IST. 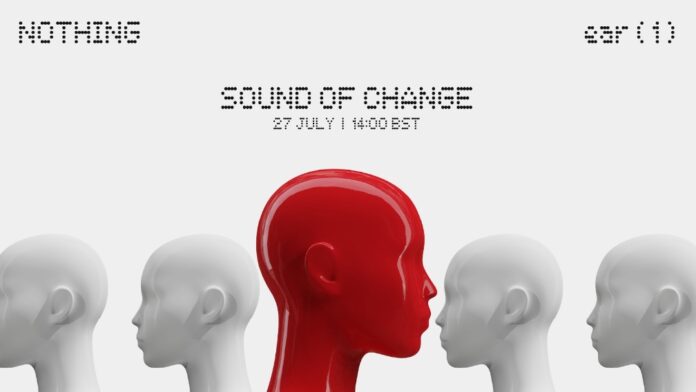 Nothing Ear 1, Carl Pei’s venture’s first product, is all set to launch in July. The company finally has a release date for the same and will be the first product from the company. However, Nothing has already confirmed that Ear 1 will be a set of TWS earbuds.

The launch will take place on July 27th, at 6:30 pm IST. The earbuds have been claimed to “combine raw beauty and precise engineering for a pure sound experience”. However, there’s no word on the specifications or the price of the Ear 1 TWS earbuds.

All the teasers have been pointing towards a transparent design which might be the key selling point for the earbuds. Nothing also plans to sell its products in India. The company has partnered with Flipkart in the country to sell its product through online channels. Flipkart will offer Nothing ear 1 with doorstep delivery and No Cost EMI options.

The launch for the company took place in late January. Since then, the company has been in the news for a lot of its developments. It raised $15M as a series A funding round led by GV (formerly Google Ventures). The company allowed its community to invest a total of $1.5 million through a campaign.

It has been backed by other influential investors like Tony Fadell (inventor of the iPod), Casey Neistat (YouTuber) and Kevin Lin (Co-founder of Twitch).

It then made an announcement regarding its new founding partner, which is the Stockholm-based industrial design firm Teenage Engineering. Nothing also announced the appointment of Manu Sharma as Vice President and General Manager of Nothing India. Sharma was previously at Samsung as the Vice President – Head of Product Strategy.

And finally, Carl Pei confirmed that his company bought Andy Rubin’s ‘Essential’ smartphone company. Considering the brand bought ‘Essential’, it is unclear whether the focus will be on smart home devices only or if it will switch to smartphones in the coming months.