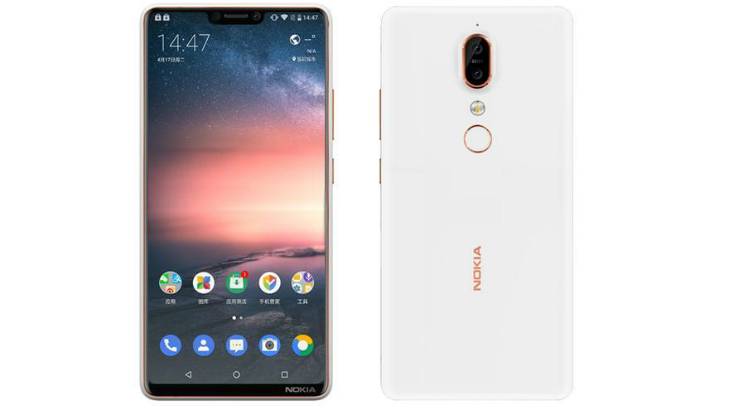 Nokia X6 features 4GB/6GB of RAM and 32/64GB of internal storage, which can be further expanded up to 256GB via micro SD card slot. The phone features dual rear camera setup with a combination of 16-megapixel primary sensor and 5-megapixel secondary monochrome lens with f/2.0 aperture and 1-micron pixel size.

HMD Global launched its new X-series with Nokia X6 smartphone in China last month. Now the Nokia X6 is confirmed to be launched in India soon as the support page for the device has gone live on Nokia India website.

Just yesterday, the smartphone was spotted on the company’s global website indicating its global launch. Later the listing was pulled down shortly. HMD Global is still yet to officially confirm the launch of the smartphone in global markets, it is now confirmed that the phone will make its debut in India.

MySmartPrice report shows the screenshots of the listing. It states that the user manual was also listed reading, “the smartphone is designed to meet requirements for exposure to radio waves established by the India Department of Telecommunications.”

Not only this, the user guide for the device on the website also reveals the device follows rules set by DoT in India. Here’s what exactly the guide says: “Your mobile device is also designed to meet the requirements for exposure to radio waves established by the India Department of Telecommunications. These requirements set a SAR limit of 1.6 W/kg averaged over one gram of tissue”.

This is the first smartphone from HMD Global that comes loaded with iPhone X-like notch. The phone features a glass body and comes loaded with a 5.8-inch Full HD+ display with a screen resolution of 2280 x 1080 pixels, 19:9 aspect ratio and Corning Gorilla Glass 3 protection. The device is powered by the latest octa-core Qualcomm Snapdragon 636 chipset clocked at 1.8 GHz along with Adreno 509 GPU.

Nokia X6 features 4GB/6GB of RAM and 32/64GB of internal storage, which can be further expanded up to 256GB via micro SD card slot. The phone features dual rear camera setup with a combination of 16-megapixel primary sensor and 5-megapixel secondary monochrome lens with f/2.0 aperture and 1-micron pixel size. For the front, there is a 16-megapixel camera for selfies and video calling. The company boasts that the cameras come with AI features and HDR support. Further, the phone comes loaded with bothie feature, which basically utilises both front and rear cameras to capture a picture.

The smartphone is juiced up by a 3060mAh battery with Qualcomm Quick Charge 3.0 that can charge the device from 0 to 50 percent in 30 minutes. The phone runs on Android 8.1 Oreo and it features fingerprint sensor at the back panel and bears Face unlock feature as well. On the connectivity front, the Nokia X6 supports 4G VoLTE, WiFi 802.11ac, Bluetooth 5.0, GPS, GLONASS, dual-SIM and USB Type-C port. The phone measures 147.2×70.98×7.99mm and weigh 151 grams