The company has reportedly started offering 3 months, 6 months and 12 months subscription plans to its users in the country. 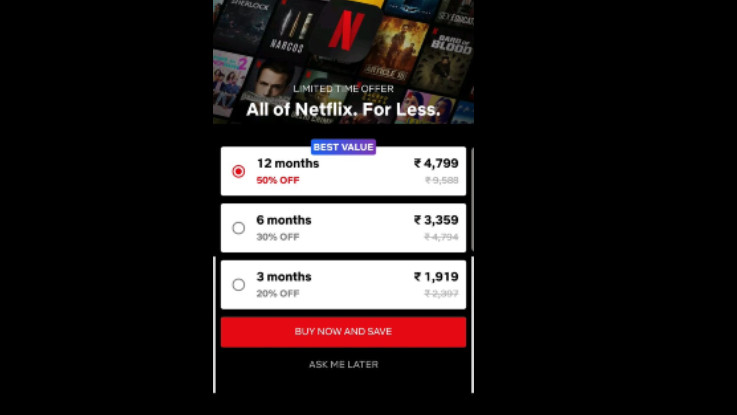 Previously, the streaming giant was testing a referral program for users in India which will provide existing users with rewards every time they refer a new subscriber to Netflix. The company is testing a referral play option which will provide current Netflix members with new rewards when they refer friends and family to the streaming service. Upon referral, the new subscribers will be able to acquire a month of access to Netflix for free as has been mentioned in the company’s microsite.