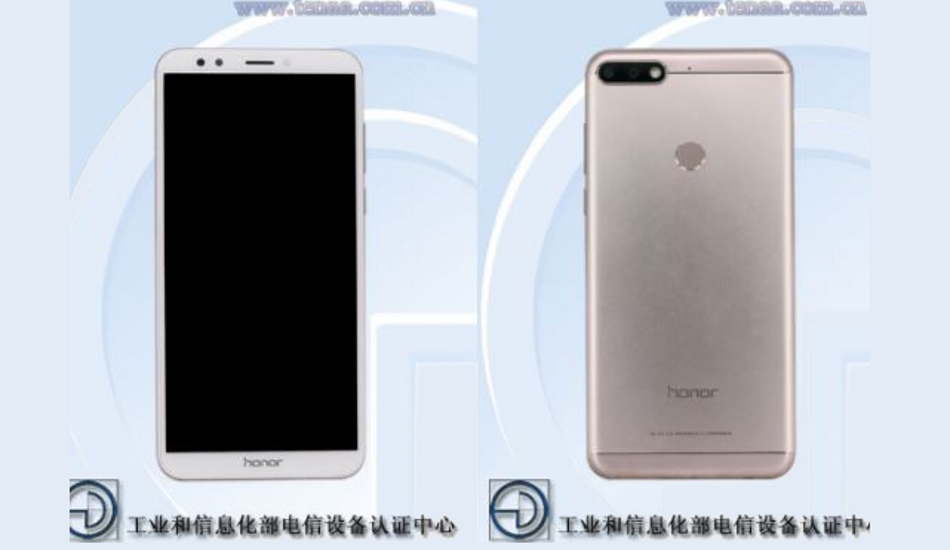 The new device is the alleged Honor 7C and is the toned-down version of the Honor 7X.

A new Huawei’s sub-brand, Honor smartphone with model name ‘Honor LND-TL30, has been found listed on TENAA, a Chinese certification website. The listing revealed the design along with device’s images. The TENAA, however, the listing does not have any specifications of the device. Reports say the new device is the alleged Honor 7C and is the toned-down version of the Honor 7X.

As per the images on the listing, the device seems to be featuring 18: 9 screen similar to Honor 7X. The Honor 7C will feature four cameras. The rear side of the phone features a dual camera setup along with its LED flash and a fingerprint scanner. The front panel also features a dual camera set-up and reveals that the device will not pack home-button. Instead, we could expect on-screen navigation buttons.

There is no information about the pricing and availability of the device as yet, however, given the fact that it has been spotted TENNA, it will not be much longer before we see some new leaks revealing the pricing as well. So we request you to stay updated on our website for the same.

Meanwhile, Honor recently announced a limited edition red colour variant for its Honor 7X in India for Rs 12,999. To recap the specs of Honor 7X, the device boasts a metal unibody and a 5.93-inch full HD+ (2160 x 1080 pixels) display with 18:9 aspect ratio. It is powered by a Huawei’s HiSilicon Kirin 659 2.36GHz octa-core processor, along with Mali T830-MP2 and can hold up to a 256 GB micro SD card in its expandable storage slot. The Honor 7X is backed by a 4GB of RAM and it comes in 32GB Band64GB of internal storage options. The smartphone runs on Android 7.1 Nougat operating system and has the Huawei Emotion UI 5.1 (EMUI) user interface. A 3340 mAh non-removable battery is inside the phone with fast charging technology which claims to offer up to 21 hours of talk time.