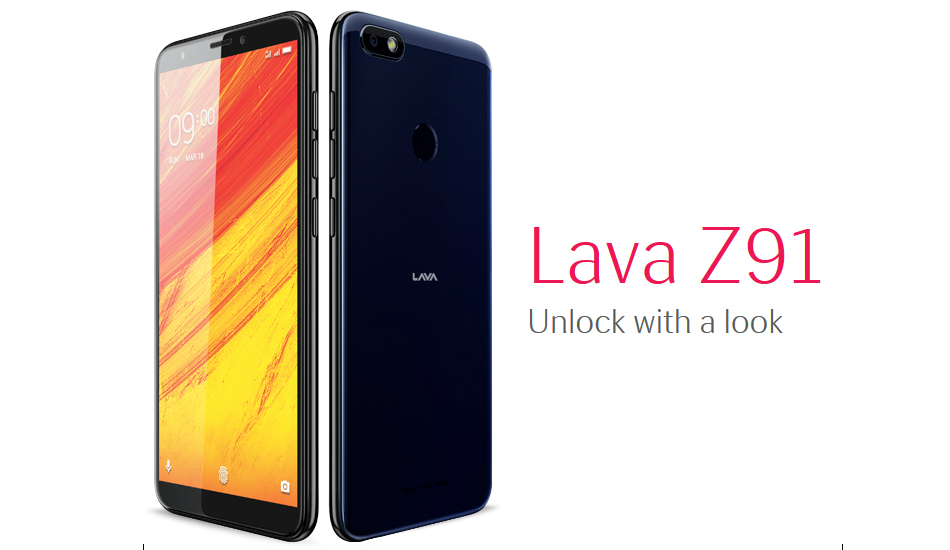 Lava is offering a special offer of free one-time screen replacement worth Rs.2,500, in case screen breaks within one-year from the date of purchase. Talking about the screen, the Lava Z91 features a 5.7-inch HD+ display with an aspect ratio of 18:9 and a resolution of 720 x 1440 pixels.

A month after launching the Prime Z feature phone, Lava Mobiles has now announced that it’s now offering the Lava Z91 smartphone for a revised price of Rs 7,999. The smartphone which debuted back in April this year comes packed with face recognition which unlocks the phone within 0.7 seconds and initially launched for a price of Rs 9,999.

Lava is offering a special offer of free one-time screen replacement worth Rs.2,500, in case screen breaks within one-year from the date of purchase. Talking about the screen, the Lava Z91 features a 5.7-inch HD+ display with an aspect ratio of 18:9 and a resolution of 720 x 1440 pixels. All of this is packed inside a 7.7mm thick sleek body which will provide convenient one-hand navigation.

The Z91 is powered by a MediaTek MTK6739 processor which is clubbed with 3GB RAM. The Lava Z91 comes with 32GB of internal storage, which is expandable by up to 128GB via micro SD card. The device runs on Android 7.1 Nougat operating system and is backed up by a 3000mAh battery which can be used through 24 hours on a single charge.

On the camera front, it has a 13-megapixel rear camera with f/2.0 aperture and flash and an 8-megapixel front-facing camera for selfies and video calling. The smartphone is powered by a 3000 mAh removable battery for usage up to 24 hours, through a single charge. At the back of the device, there is a fingerprint scanner which can also be used as a shortcut key to open apps using the fingerprints of five fingers. Besides, the smartphone offers Dual SIM, WiFi, Bluetooth 4.0, GPS/AGPS, FM Radio, 3.5mm jack, USB 2.0.

As part of the announcement, Lava International Product Head, Tejinder Singh said “We are super excited to announce that the Lava Z91 will now be available at a very competitive price of Rs. 7,999. We always strive to provide valuable and innovative technologies at pocket-friendly prices to our consumers and the new price of Z91 is a perfect example of this. Z91 is an amalgamation of the latest technology and beautiful design, aimed at meeting all the needs of consumers and providing them with the best user experience. The face recognition feature, full-screen display, and exceptional good looks are the USPs of the product and this affordable price will make the Z91 stand apart in its segment”.