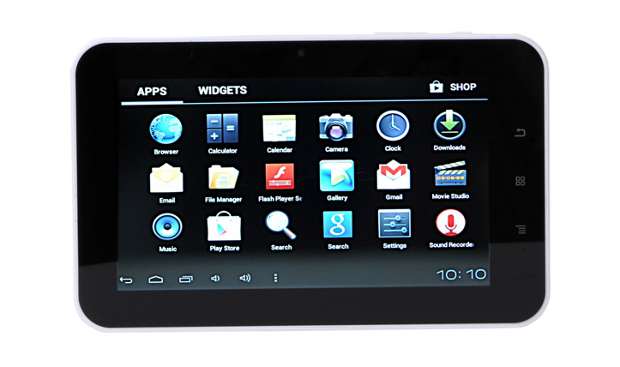 Tablet shipments in India (both slate and detachables) stood 0.98 million units in Q2 2016.

According to the latest report from International Data Corporation (IDC), tablet shipments in India (both slate and detachables) stood 0.98 million units in Q2 2016 which is 14.4 percent more than Q1 2016 but 5.6 percent less than Q2 2015.

According to Karthik J, Senior Market Analyst, Client Devices, IDC India, “Tablet market declined as consumer market receded by 12.5 percent year-on-year in Q2 2016, while commercial segment continues to grow at a healthy rate indicating clear shift in the focus of the market.”

The report further said that approximately 3/4th of tablets sold in India are below $150 and the main players in the market are Datawind, iBall, Micromax and Lenovo. Samsung, on the other hand dominated the Â£150-350 price segment and the premium table segment ($300+) is still dominated by Apple. While the domination of Apple is majorly due to large amount of sales of iPad Air 2, the detachables also showed growth in the Q2 owing to healthy sales of the new Apple iPad Pro 9.7.

Though detachable shipments have dipped for the first time since Q1 2015, it still managed to grow at year-on-year basis.

“Detachables are seeing better uptake compared to convertibles owing to the reason that convertibles are relatively premium priced while detachables are able to effectively bridge the price and functionality gap between tablets and entry level notebooks. In addition to this, detachable offers the option of all three major operating system platforms to the users” – added Karthik.

Datawind maintained top position during this period with overall 27.5 percent market share and 14.1 percent growth from Q1 2016. Moreover, the manufacturer recently debut in the detachables industry and is likely to expand its channels and manufacturing capacity in future.

Samsung comes next in terms of market share, with overall share of 14.7 percent in Q2 2016 and quarterly growth of 11%. The yearly growth was marginal. Interestingly, iBall grabbed the third spot with 14.3 percent of market share. Though the year-on-year shipments declined by 9.4 percent in Q2 2016. Lenovo slipped to fourth position with 11.2 percent market share. While the quarterly shipments declined for Lenovo by 6.2 percent, the company saw massive growth of 60.8 percent when compared to the same period last year.

Lastly, Micromax was at fifth with 10.9 percent market share. However, Micromax managed to bounce back in this Q2 after declining continuously since last 2 quarters, with its new series of detachables.

Though tablet shipments grew sequentially in Q2 2016, the overall tablet industry will fall in 2016, predicts IDC.