Honor Watch ES to launch in India on October 8 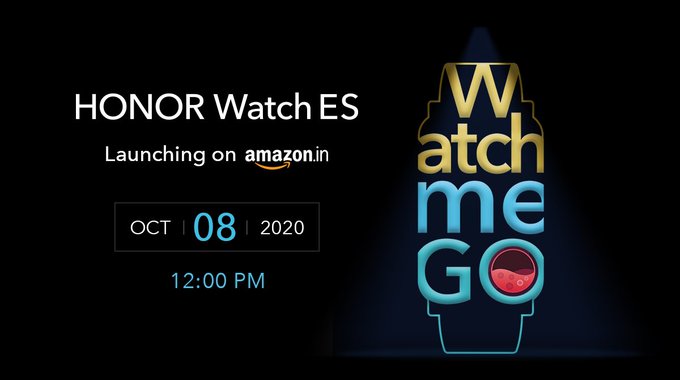 Honor Watch ES will be launching on Amazon at 12 P.M on October 8.

The announcement was made by Honor India Twitter handle. The tweet also mentions thatHonor Watch ES will be launching on Amazon at 12 P.M.

The tweet reads “Let nothing hold you back from being Fit Fierce and Fab. The #HONORWatchES is coming soon on @amazonIN”.

The Honor Watch ES features a 1.64-inch square AMOLED display and 456×280 pixel resolution. It has a plastic casing rather than aluminium or stainless steel one.

The Watch ES has six different Always-on display watch faces. It offers up to 10 days of battery life. There’s also a quick charge function that charge the battery to 70% in just 30 minutes. The watch comes with 12 exercise courses. It supports a range of 95 workout modes, including six that Honor says it can automatically detect.

The smartwatch has a heart rate monitor, and it supports blood oxygen tracking, sleep tracking, and even stress monitoring, according to Honor. It also comes with a 5ATM water resistance rating.