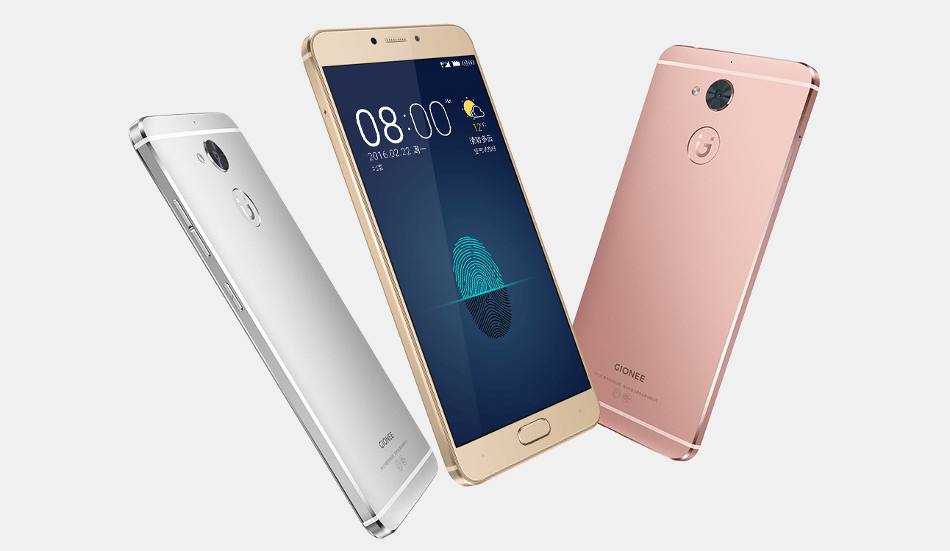 he official announcement of Gionee S6 Pro is yet to be made by the company.

Gionee S6 Pro smartphone was released in China in June this year at 1999 Yuan (approximately Rs 20,007). Now as per a report, the Gionee S6 Pro is available in India at Rs 25,799 through offline channels. Gionee is yet to officially launch the phone in India as TMI found the S6 Pro listed on Gionee India’s website as ‘Coming Soon’.

As far as specifications are concerned, the Gionee S6 Pro smartphone, which comes in Gold, Silver and Rose Gold colour variants, has a metal unibody. The smartphone features a 5.5-inch Full HD (1920 x 1080 pixel) IPS 2.5D display. It is powered by a 1.8 GHz octa-core MediaTek Helio P10 (MT6755M) processor, which is paired with 4GB of RAM and Mali T860MP2 GPU. The Android 6.0 Marshmallow operating system based S6 Pro has Amigo OS 3.2 on top and a 3130 mAh battery, which claims to offer 38.6 hours of talk time and upto 558 hours of standby time.

The Gionee S6 Pro has 64GB of internal storage, which is expandable up-to 128GB via a micro SD card. The smartphone flaunts a 13-megapixel rear camera with LED flash, phase-detection auto-focus (PDAF) and an 8-megapixel shooter in the front. Connectivity options in the S6 Pro include hybrid dual SIM, 4G with VoLTE, Bluetooth 4.1, WiFi, USB Type C and GPS. The handset measures 153*75.26*7.6mm and weighs 170 grams. The Gionee S6 Pro offers a fingerprint sensor, which is located on the home button.