Gionee A1 smartphone confirmed to launch in India soon 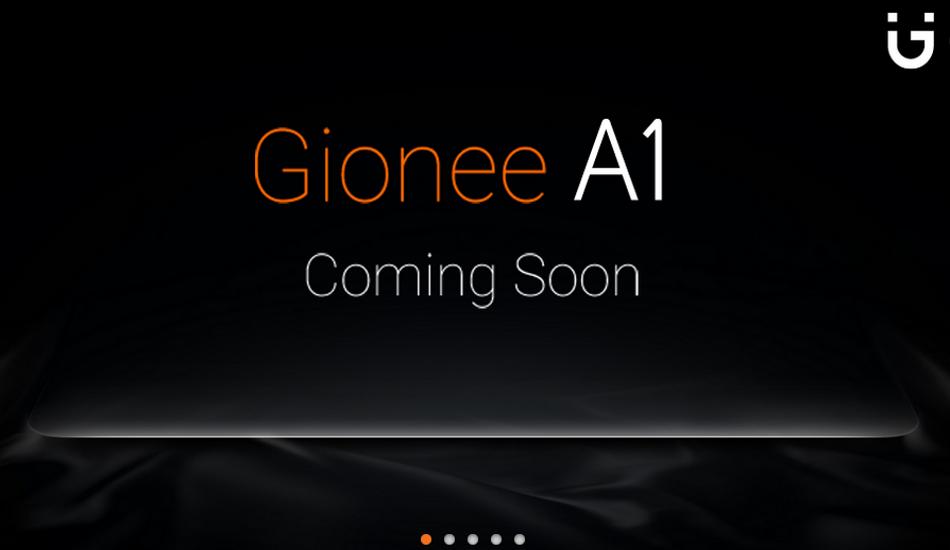 Company might launch Gionee A1 Plus smartphone as well in India, along with Gionee A1.

Gionee is all set to launch its new A-series smartphone ‘GioneeA1’ in India soon. The company has started teasing the upcoming A1 smartphone on its official India website even though we haven’t got our eyes on the launch date yet.

Gionee A1 was first introduced at the Mobile World Congress (MWC) 2017 last month, along with its elder sibling A1 Plus. So there is a strong possibility that company might also launch Gionee A1 Plus smartphone in India, along with Gionee A1.

The USP (Unique Selling Proposition) of these A series smartphones is their huge batteries and selfie cameras. As per Gionee, its new 18W ultrafast charging can charge these devices in 2 hours. Also, the company adds a tagline to the devices – “Super camera, super battery”.

Gionee A1 offers a 5.5-inch full HD AMOLED display with 1920×1080 pixel resolution and is powered by a quad-core MediaTek 6755 Helio P10 processor, along with 4GB RAM and 64GB of internal storage. The smartphone also comes with an option to expand the storage to 128GB via microUSB port.

Gionee A1 Plus Specifications:

Gionee A1 Plus offers a larger 6-inch full HD (1920×1080 pixels) display and is powered by the MediaTek Helio P25 processor and 4 GB of RAM. The smartphone runs on Android 7.0 Nougat operating system and is packed with a 4550 mAh battery. The smartphone comes with 64GB of internal storage, which can be further expandable to 128GB via a micro SD card.