The smartphone was initially launched in India in March this year for Rs 19,999.

Recently, Gionee launched Virat Kohli’s Signature Edition Gionee A1 for the Indian market for Rs 19,999. As for the specifications are concerned, they remain the same as found in the original Gionee A1. 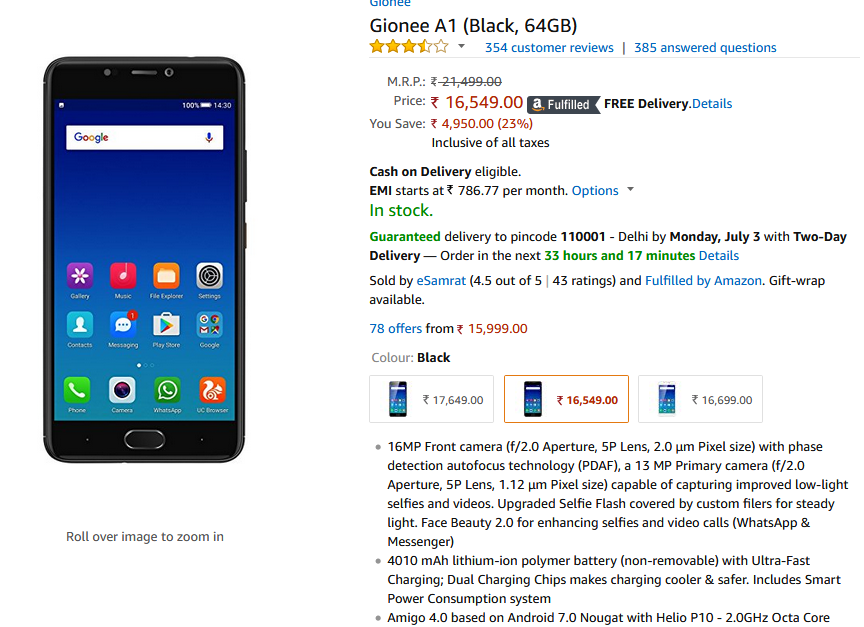 Gionee A1 offers a 5.5-inch full HD AMOLED display with 1920×1080 pixel resolution and is powered by a quad-core MediaTek 6755 Helio P10 processor, along with 4GB RAM and 64GB of internal storage. The smartphone also comes with an option to expand the storage to 128GB via microSD card slot.

The major highlight of the device apart from selfie camera is the new 18W ultra fast charging technology, which the company can charge these devices in 2 hours. Also, the company adds a tagline to the devices – “Super camera, super battery”.