The device has a big HD display and a 1.7 GHz processor.

Couple of days after The Mobile Indian had reported about BlackBerry A10 Aristo, CrackBerry Forums claims to have got official slides of the phone.

As per the slide, the phone is named as BlackBerry A10 Slide and not Aristo as reported earlier. Also, the leaked specifications point out an aluminum body and removable back cover. 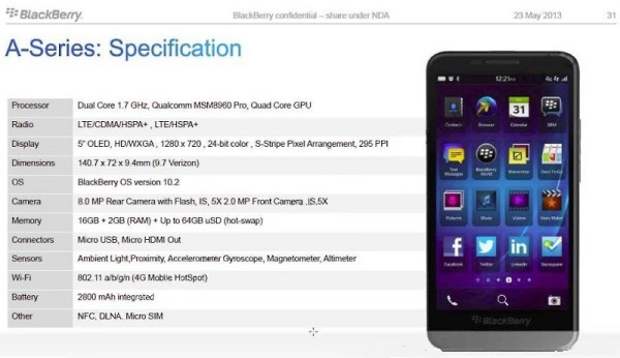 According to the report, the BlackBerry 10 operating system based A10 Slide features a 5-inch Super AMOLED display with 720p HD resolution. There will be a dual core Qualcomm Snapdragon processor clocked at 1.7 GHz with a quad core graphics engine as well.