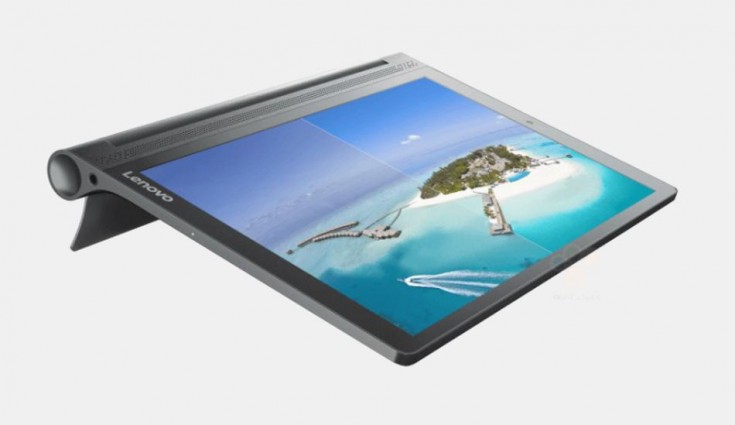 This tablet could be launched as Lenovo Tab 4 or either Yoga Tab 4.

An unannounced Lenovo tablet with model name ‘Lenovo TB-X304F’ has been spotted on Geekbench website, revealing few of its specifications. The listing was first spotted by famous leakster, Roland Quandt (@rquandt). 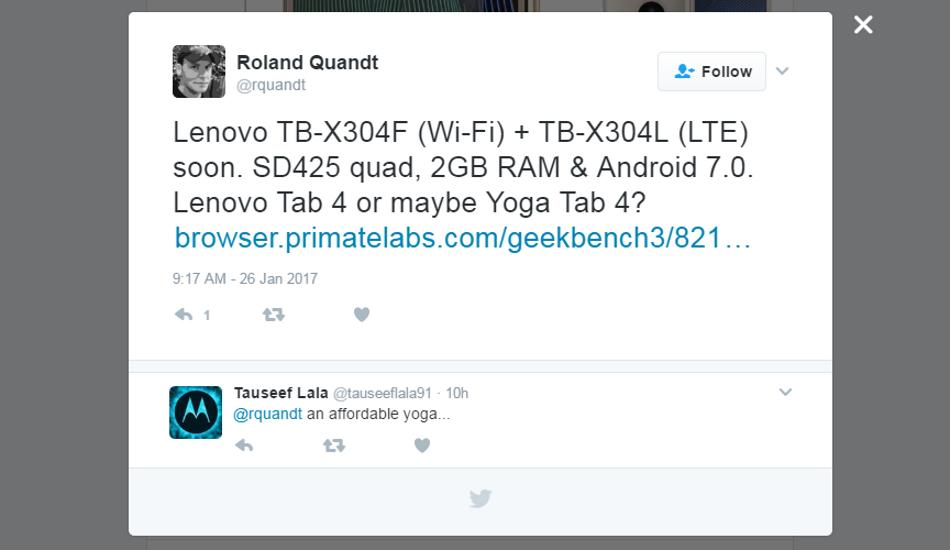 As per Ronald, the new tablet will come in two variants, a WiFi variant boasting the model name ‘Lenovo TB-X304F’, and an LTE variant boasting the model name ‘Lenovo TB-X304L’. Although the name of the device is still under speculation, however, the said tablet could be launched as Lenovo Tab 4 or either Yoga Tab 4.Furtheras per listing, the tablet got 679 in single-core test and in multi-core test it received 2059. 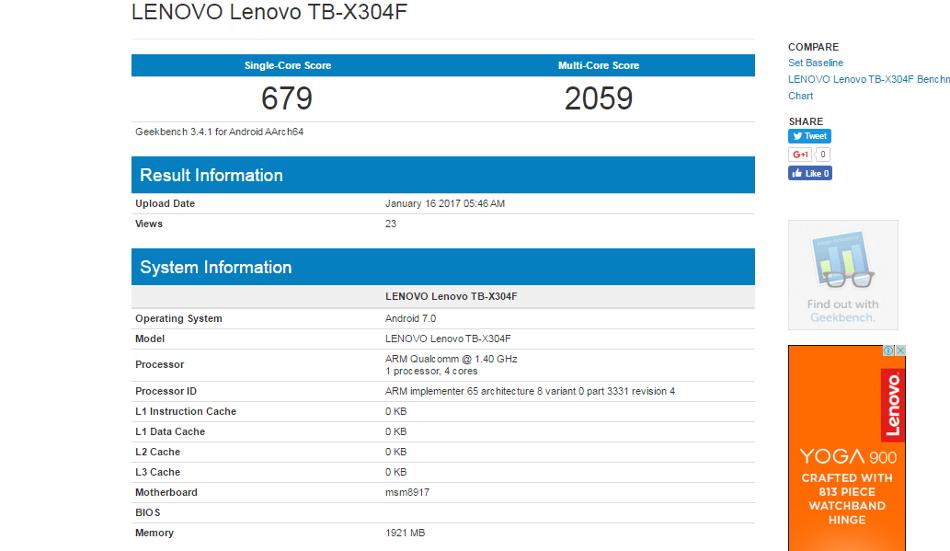 As per Geekbench website, the Lenovo TB-X304F will be powered by a 1.40 GHz quad-core Qualcomm Snapdragon 425 processor, which will be clubbed with 2GB of RAM. The tablet will run on latest Android 7.0 Nougat operating system.

If we go a little back, Lenovo had launched Yoga Tab 3 tablet in India last year at Rs 16,999. It features an 8-inch IPS display with 1280×800 pixels resolution, a quad core 1.3 GHz Qualcomm processor, 1GB of RAM, Android 5.1 lollipop operating system, 6200 mAh Lithium-Ion non removable battery and 16 GB of internal storage, which is further expandable by another 128 GB via a micro SD card. The device flaunts an 8-megapixel, 180-degree rotating auto-focus camera for selfies and pictures. Besides, the Yoga Tab 3 offers Bluetooth 4.0, WiFi, and micro USB port. It has G-sensor, Vibrator and Hall sensors as well. The device measures 5.74″x 0.13″ x 8.26mm and weighs 1.03 lbs. Besides this, it comes with Lenovo’s AnyPen technology, which gives the flexibility to use a pencil, a stick or even a fork-as a stylus.