The phone is likely to be a global variant of Nokia 3310 4G which was launched last month in January.

Seems like HMD Global is getting ready for the launch of a new phone soon in the United States. As per the reports, the device with model number TA-1048 has got the all necessary approval from Federal Communications Commission (FCC) that regulates interstate and international communications by radio, television, wire, satellite and cable in the US. 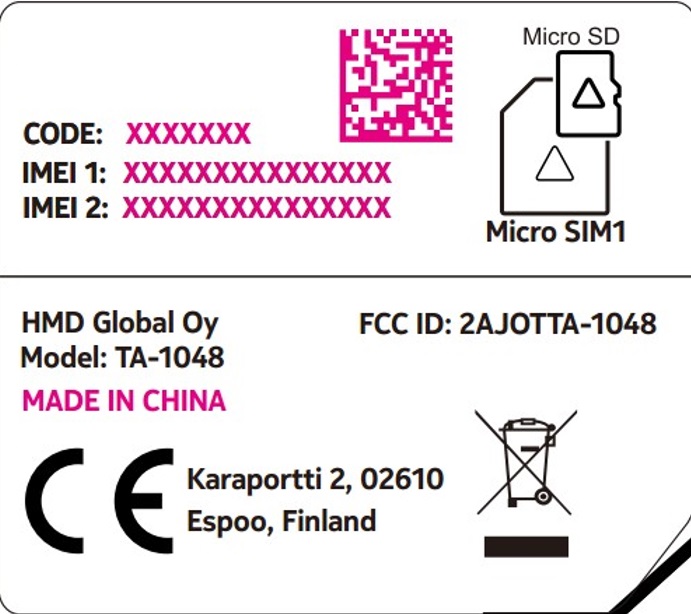 As per a report of Nokiamob, the Nokia TA-1048 is likely to be a global variant of Nokia 3310 4G which was launched last month in January. The new device is likely making its global debut at the upcoming Mobile World Congress (MWC) event in Barcelona later this month along with the Nokia 9 and a some other Nokia phones from HMD Global.

As per the FCC listing, the Nokia TA-1048  will feature dual-SIM support and a dedicated slot for MicroSD card. The device is labelled as a GSM/WCDMA/LTE Mobile Phone in the listing, which hints that it could be a 4G feature phone and not a smartphone.

To recap the specs of Nokia 3310 4G, it comes with a 2.4-inch curved window colour QVGA screen with the resolution of 240x320 pixels along with a 256MB RAM, 512MB internal storage for a feature phone with the option to expand further up to 64GB via micro SD card.

Nokia 1.4 price leaked ahead of launch