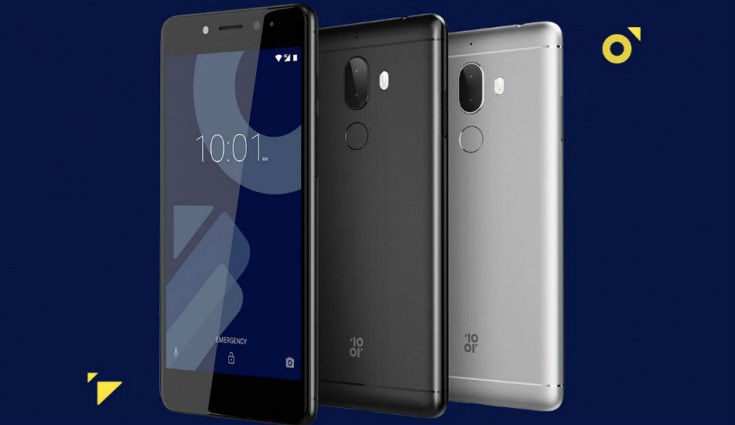 10.or G2 will be the successor of 10.or G which was launched last year in India.

10.or (pronounced Tenor) launched 10.or G last year in India at a starting price of Rs 10,999. Now seems like the company is working on its successor dubbed as 10.or G2 as the smartphone has been spotted on the popular benchmarking website – GeekBench. 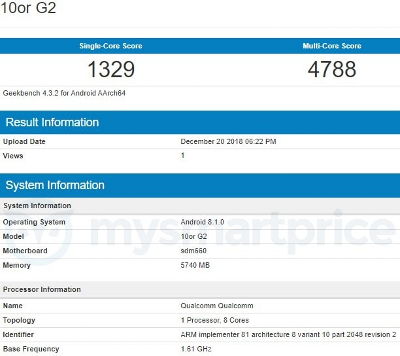 As of now, no more other details of 10.or G2 are known. We have to wait for some more days for the phone to surface in further leaks.

To recall the 10.or G sports a metal unibody and comes with a 5.5-inch Full HD display with a screen resolution of 1920 x 1080 pixels. The phone is powered by Qualcomm Snapdragon 626 processor along with Adreno 506 GPU coupled with 3GB/4GB of RAM and 32GB/64GB of internal storage options. The storage can be further expanded up to 128GB via micro SD card slot.

On the camera front, the 10.or G has dual rear camera setup with two 13-megapixel sensors out of which one is used for capturing RGB, while the other is used to click monochrome photos. The front panel has a 16-megapixel shooter for selfies and video calling. It runs on Android 7.1.2 Nougat and is juiced up by a 4000mAh battery.